Chuck Feeney- The person in the middle

Conor Cleary’s Irish Times article (attached) about Chuck Feeney from a few days ago inspired me to write this post.

The first step in successfully building your organisation is to build yourself.  As you will no doubt have realised by now you are a leader and as such you should exemplify all that is good about your organisation.  If you want to build a successful organisation then you have to lead from the front.  That is a big ask and its a long-term development undertaking, but that is what it means to be an inspirational leader.  And anyway, what better way to spend you life than becoming all you can be as a person and leader?

Let me tell you a personal story that I hope will explain the importance of this ‘person in the middle’ idea. I have had the good fortune to work for some amazing people my career.  The most amazing by far was Chuck Feeney of Duty Free Shoppers and Atlantic Philanthropies fame.  The man that Warren Buffet and Bill Gates say was the inspiration for their ‘giving while living’ pledge.

The thing that impressed me most over the years I was working with Chuck was the way he lived.  He is the one person I have known that I can truly say led by example.  So, despite his great wealth and status he was a man of great humility.

And he could, because he held himself accountable.  Despite my many failings, I don’t think he ever criticised me in all the years I’ve known him, though he had good cause to many times.  I worked harder for him than anyone else, including myself in my own business!  Why do you think that was?

He never required anything of anyone that he was not actively doing himself.  He was fully present and personally accountable.  He dealt only in reality.  He told only the truth.  Because of this he commanded incredible respect and in turn one wanted his respect.

So like many others, I started mirroring his behaviours and principles, so as to become more like him in character.  He was an inspirational leader that one wanted to follow, support and emulate.  He was the person in the middle.  Don’t underestimate the power of authenticity, example and character.

And if you think  he sounds like quite a character you’re right.  He is.  But so are you.  Your purpose is to take who and what you are and leverage all your strengths to become that person in the middle. Click on the article to read… 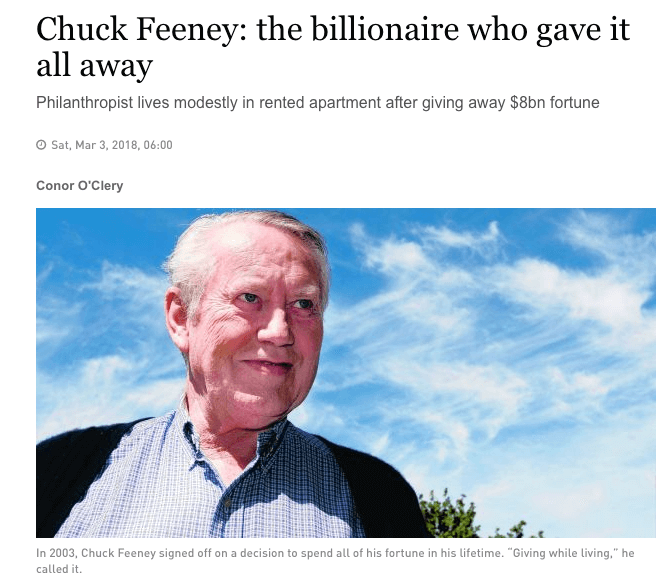